World Refugee Day with STEPS: Mohammad is driven to succeed

Mohammad Belal didn’t know anything about Australia before he came.

He had a friend who told him to come here because it was a good country.

Mr Belal arrived in Australia as a refugee in 2013, he didn’t speak English, but he wanted to make a new life for himself in Australia.

Born in Sudan, Mr Belal left school when he was nine years old.

Before he left his home, he was a truck driver and delivered food and gas to the Sudanese people for 15 years.

Conflict and civil unrest in Sudan made everyday living volatile for citizens, sometimes they were unable to access basics like food.

Mr Belal witnessed violence frequently and said there was “every day, fighting’ in his home country, “I had to leave”.

Mr Belal left Sudan because it became too dangerous for him to stay.

According to 2019 figures from the United Nations Refugee Agency, each day about 37,000 people are forced to flee their homes due to conflict and persecution worldwide.

Mr Belal’s journey to Australia was long, from Sudan to Yemen to Indonesia, then finally Australia.

This year, World Refugee Day is 20 June, a day where people around the globe can come together and recognize the strength, courage and perseverance of refugees everywhere.

Mr Belal said he is happy to be in Australia because it’s safe and has a good government.

Finding Sydney and Brisbane too busy, Mr Belal eventually settled in Darwin because he preferred the easy pace and lifestyle.

“I like Darwin because it is quiet and there are nice people here.”

For a time, he worked as a truck driver, but he could not continue because the paperwork side of the job was a challenge.

Mr Belal has not let the language barrier deter him from doing something he knows and enjoys.

Instead, he committed himself to building his language skills so he can get back to the work he loves.

For the last seven months Mr Belal has been taking English classes in the Adult Migrant English Program (AMEP) at STEPS Education and Training in Palmerston.

While he dedicated his time to learning, he built a life in Australia he enjoys; he plays soccer with a team in Casuarina, works at a local Woolworths, and has made many new friends at STEPS AMEP.

He said he likes coming to STEPS to practice his English skills.

“When I’ve fixed my English, I will be very, very happy”.

He said he really likes his teachers and enjoys sharing his passions with them.

“I like to chat to my teacher Mr Rosco about soccer; he is a very good man.”

“Every available moment that he’s not working, Mohammad comes to class here.

“He’s very focused on improving his language so he can work towards what he wants to do which is to drive trucks,” she said.

Ms Coleman said his English skills are improving and he continues to push himself.

“He wants to feel more confident with his speaking, reading and writing skills.”

Ms Coleman said staff and students love having him at STEPS.

“Mohammad’s such an important part of our community here.

“He contributes, he works and studies, he plays soccer, and he brings great joy to people’s life.

“We are very lucky to have him,” she said.

Ms Coleman said sometimes people don’t fully realise the hardship that people who come to Australia as refugees have faced and the difficulties they continue to experience.

“It’s lovely to share a story like Mohammad’s because then people can stop and think about what people in other countries go through and how their lives change when they move to Australia.

”At STEPS Education and Training it’s so important for refugees to have the opportunity to come and live safely and contribute – to work and study, and have the chance to build a life here,” she said.

Refugee Week 2020 is celebrated across Australia from June 14 – 20 June, this year’s theme is Celebrating the Year of Welcome. This week of celebration coincides with World Refugee Day on 20 June 2020.

STEPS AMEP can help you build your English skills. Join our day or night classes in Palmerston or Casuarina. For more information call 1300 585 868.

What is the AMEP?
What will I learn?
Is this course for me?
How do I enrol?
When can I study?
Where can I study?
Additional Services
About us
Contact

The Adult Migrant English Program (AMEP) is funded by the Australian Government Department of Home Affairs. In Northern Territory, the AMEP is delivered by STEPS Education & Training. 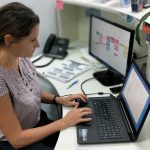 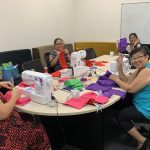